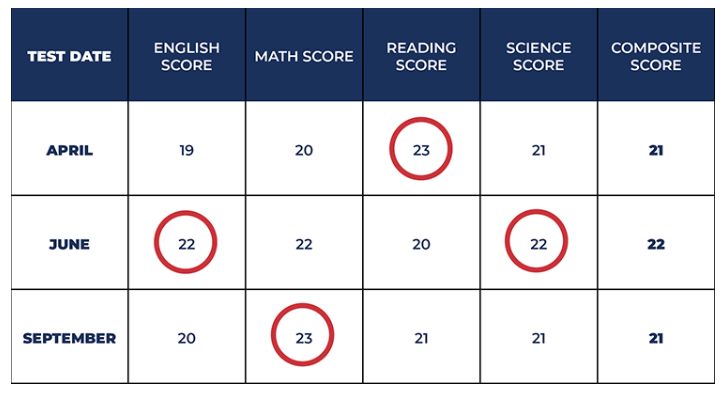 The last several years may have heaped one indignity or tragedy after another on our reeling world, but the 21st century to date is marked by major innovations as well. Not only do we enjoy 3-D printing, blockchain, and online streaming, but finally threw off the tyranny of reporting all test scores to colleges in favor of more sane score reporting policies. Many schools will accept a student’s single best SAT or ACT score rather than looking at every test score. Even better, more and more schools will superscore tests, taking the single best score of each SAT or ACT section to create a better composite than a student earned naturally… and honor that score without bias.

Not every college accepts superscores. Additionally, more schools currently accept SAT superscores than ACT superscores, primarily because ACT used to strongly oppose superscoring. However, in 2019, ACT released the results of several studies supporting the validity and fairness of superscoring for predicting college success: 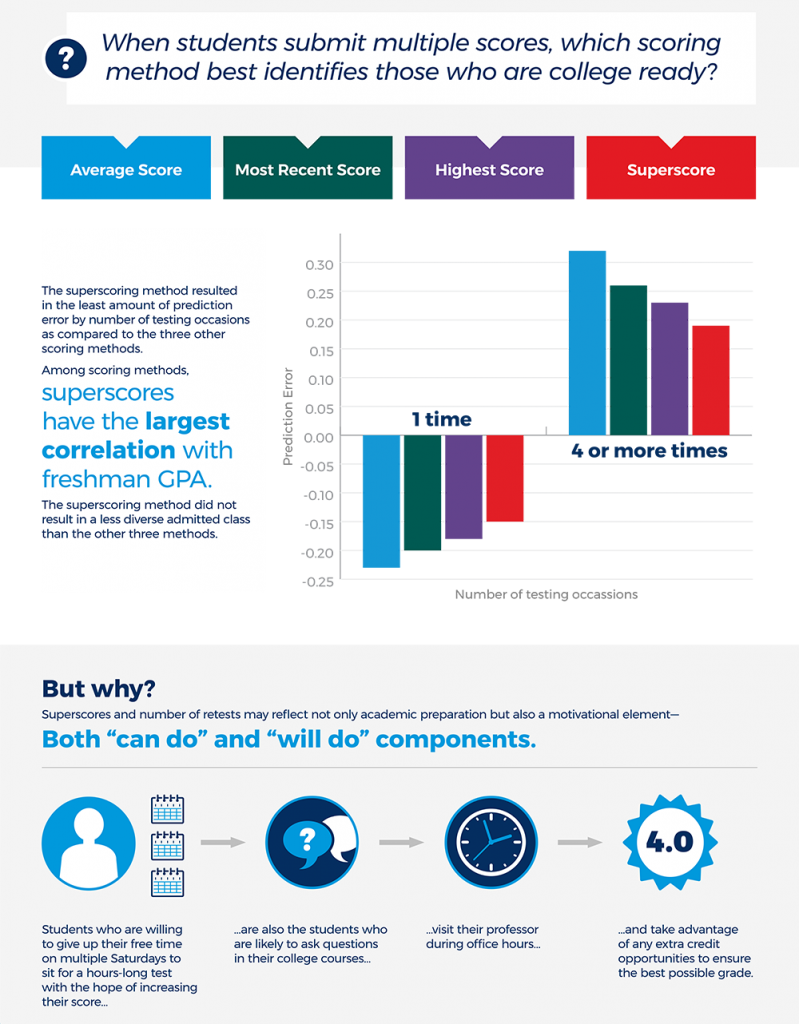 As of April 2021, ACT is doubling down on its support by integrating superscoring into the official ACT score report:

ACT announced today that it will provide an automatically calculated ACT Superscore to all students who have taken the ACT test more than once from September 2016 to current day. A student must have scores from at least two test administrations in their MyACT account for ACT to calculate a superscore—the average of the four best subject scores (English, math, reading and science) across all ACT test events.

Of course, ACT’s strong endorsement of superscores doesn’t guarantee that colleges will be moved to accept them, but the effort certainly won’t hurt. Find answers to all your Superscore FAQs on the ACT website, and be sure to call your target schools and ask when–not if–they’ll be accepting ACT superscores.

Previous articleLooming Questions About a Digital SAT or ACTNext article Are You Really Ready for College?