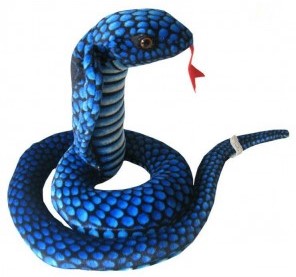 Have you ever planned for one thing to happen only to find that your efforts encouraged the exact opposite of what you wanted? The law of unintended consequences (which isn’t technically a law at all) asserts that our actions always have effects that we don’t or can’t anticipate. Sometimes, we get lucky and those consequences are positive; other times, we get cobras…

Cobras were apparently a serious problem in Dehli, India under British rule. The colonial government, in an effort to cull the population, offered a bounty for every dead cobra. While this initially led to a lot of dead snakes, some entrepreneurial types realized that cobras were easier to breed than trap. All of a sudden, India was home to a bunch of cobra farms. When this disastrous unintended consequence came to light, the government canceled the bounty. Unfortunately, once those cobra farms became unprofitable, their venomous stock was set free. The net result of the bounty turned out to be more cobras than ever!

This example of what is called a perverse incentive was dubbed the cobra effect by the German economist Horst Siebert. As you’d imagine, this kind of failure of planning wasn’t just responsible for more cobras in India. Similar policies increased the number of rats in Hanoi, Vietnam, of feral pigs in Fort Benning, Georgia, and even cars in some Latin American cities. Tying reward to a proxy of what you want rather than what you actually want is a recipe for disaster.

So what do cobras have to do with academic achievement?

We often fall into the trap of conflating effort with achievement. For example, parents who want to see their children improve academically often require an increased number of hours of homework and study. More time studying should lead to better grades, right?

Requiring more time studying simply assures a measurable improvement in hours spent doing things that may or may not resemble studying. The cobra effect kicks in when kids find that pretending to study the way their parents demand gets in the way of their more productive efforts, causing grades to drop further.

You can probably think of other examples in your own life where focusing on the wrong indicator of success led to diminished returns. When setting academic expectations for teens, focus on the outcomes you want in terms of grades and scores. Then work with your learner to determine what path to success suits his or her strengths and style. If you can be firm about goals but flexible about process (keeping principles of deliberate practice in mind), you may very well see your student bringing home great grades rather than cobras!