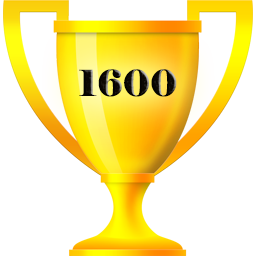 Are you feeling crushed under the burden of unreasonable expectations, fretting because your test scores reveal flaws in a previously pristine academic career? You’re not the only one: millions of honor students over the years have struggled to reconcile the sometimes canyon-like chasm between their high school grades and their SAT & ACT scores. Why don’t perfect students earn perfect scores?

When we think about SAT & ACT scores, we need to get comfortable with big numbers. After all, these tests are the ultimate expressions of the concept of grading on a curve. More people sit for the SAT or ACT in a given year, for example, than ever auditioned for American Idol even at the height of its popularity. If you can recall scene after scene of hopeful stars filling stadiums and crowding streets for a shot at fame, you’d need to multiply those crowds by a factor of ten or twenty to come close to how many students take either test in a year.

Imagine that you know the most gifted and magical singer in your school district. She gets the lead in every performance and blows away the competition in talent shows. Does that mean she’s a lock for a record contract? Not when you consider that every school district in every state has its own star. At every level, competition increases to the point that talent is not enough.

The SAT & ACT are designed to evaluate the entire population of college-bound high school seniors in any given year. For that reason, scores are scaled along a standard distribution where most students fall inside the big part of the bell curve. Considering the vast scope of competition, even small score increases mean a lot.

The College Board discloses much less than ACT these days about specific score points. In 2012, only 494 students out of approximately 1.6 million test takers earned perfect scores. However, since the big SAT revision in 2015, College Board has only shared general score information. According to the 2021 SAT Suite of Assessments Annual Report, 118,704 test takers earned a 1400 or higher. That represents 8% of test takers, while the number of perfect scorers will be calculated as a small fraction of 1% of testers. Anecdotal information suggests, however, that earning a perfect 1600 on the SAT these days is much tougher than bringing home that 36 on the ACT.

Consider this as a reality check. In the U.S. alone, we have nearly 40,000 high schools. Even if we discounted all the students across the world, the numbers still indicate that there are not enough perfect scores to go around for the very best single student at each school. Furthermore, those perfect scores often go to students who are not established as their districts’ preeminent scholars. Just as your star high school quarterback shouldn’t expect an automatic spot on the roster of a Division 1 football powerhouse, even your most gifted valedictorian should not anticipate a perfect test score. Such a prize is far too rare to take for granted.

Clearly, scoring a 1600 SAT or 36 ACT is not impossible. We’ve certainly worked with students who have either earned perfect scores or gotten pretty darn close. But such a lofty accomplishment is a lot like earning an Olympic gold medal or a Grammy: the culmination of incredible focus, commitment, ability, and effort that allows someone to rise to the very top of a peer group but still speaks to only a part of who that person really is.

By all means, strive… the journey to your best possible score matters even more than your destination!

[NOTE: This post is updated regularly, most recently in October 2021.]