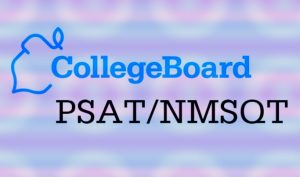 The Preliminary SAT, otherwise known as the PSAT/NMSQT for high school juniors or PSAT 10 for sophomores, raises all kinds of questions:

Another equally relevant question involves scheduling, as in, “When is the PSAT offered?” Unlike the all-season SAT, the PSAT/NMSQT is only administered in October. The College Board offers a primary test day, which is a weekday when most high schools administer the tests, along with Saturday and alternate dates. The 2018 PSAT/NMSQT dates are as follows:

The PSAT 10, on the other hand, is not administered in October but instead somewhere from February to April. In addition, the PSAT/NMSQT is administered by most schools while the PSAT 10, like the Pre-ACT, is only offered at some schools.

Your school will let you know when and how to register for the PSAT/NMSQT. Note that, even though the PSAT is administered in October, schools don’t give back scores until December or January. PSAT memes, however, usually hit social media as soon as the test is over!